A hole of ones own 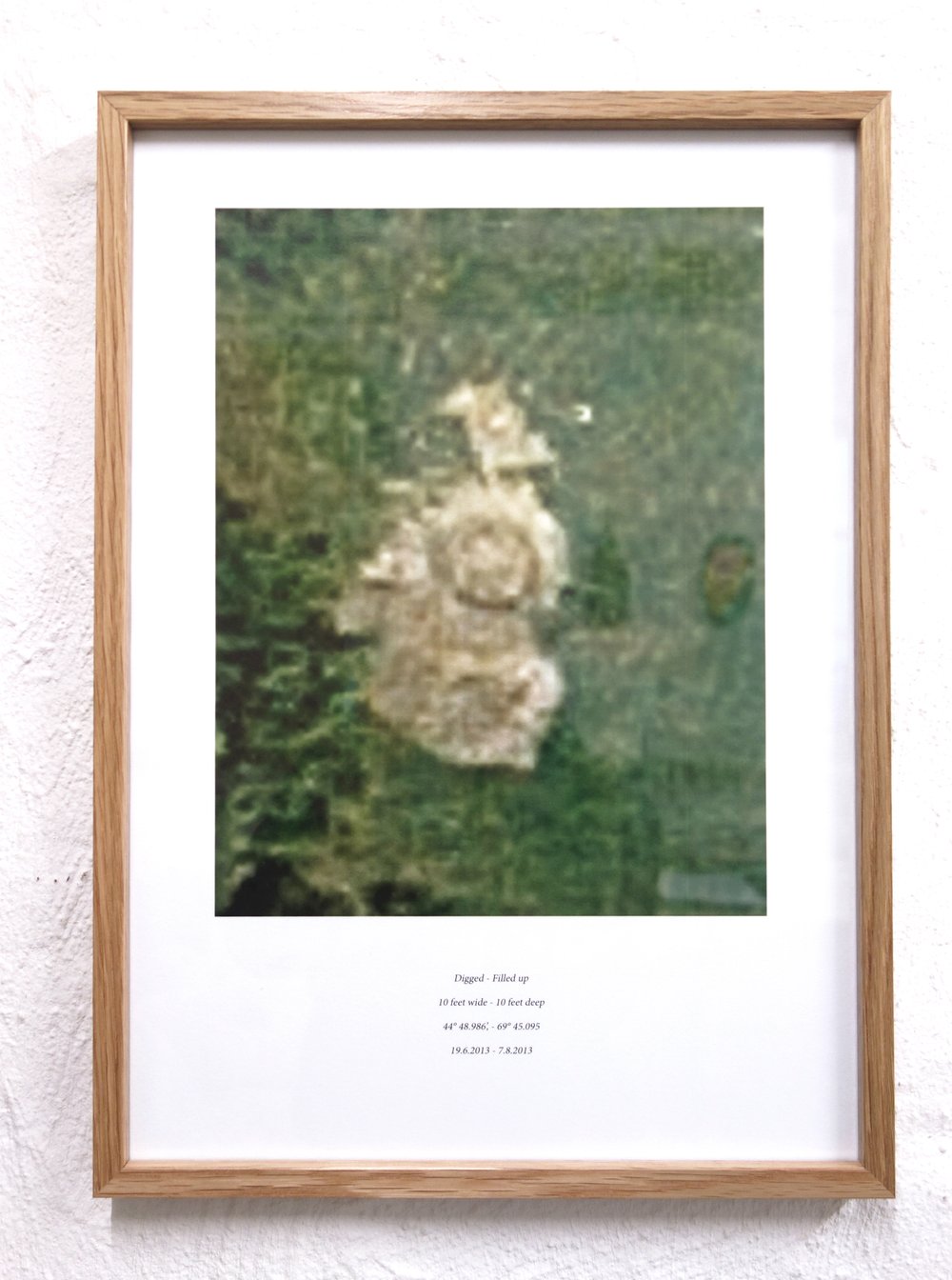 In 2013, I attended a nine-week residency in a forest in Maine (US) called Skowhegan School of Painting and Sculpture.

I had just finished art school and was trying to figure out, what I wanted to do with my life.

I was quite tired of the art world, which I now had to enter for real.

I wanted to do something therapeutic to collect my thoughts, so I found a shovel and started to dig a hole.

I traced a round mark, 3 meters wide.

It looked like the start of a real hole and I started digging for 4-8 hours a day.

Some of the other participants came by and asked if I was making a performance or something. I said "No, I am just digging".

Some of the people visiting started to dig with me and we became a loose group of five to six people digging, plus guests. The director of the residency also joined, I think she liked it as a way to get out of the office.

We spend many hours digging and talking about life and our different cultures, but also about what we were doing.

A lot of the conversations were very practical, in terms of solutions to empty the hole for water or how to remove huge stones.

But also why we were doing this and we were often discussing what we should do with the hole.

I did not want to make it in to something, but rather use it as an activity.

We had debates about this and about who could decide.

Who “owned” the hole?

The people digging, said it was mine, because I was the ‘author’.

I thought it was no ones hole.

The other people at the residency often asked about the hole, but I could just say that it was getting deeper.

I had a feeling that people thought it to be provocative, to spend the time at a prestigious residency, just digging a hole, instead of networking or working on my career as an artist.

After seven weeks of digging, I decided that we should fill up the hole again.

I think the other people had a weird feeling about this, but I tried to explain that if the purpose became more than just digging, I would see it as a mistake to have even started it.

Then they helped me fill it up and we opened champagne to celebrate.

I never documented the hole, but when I got home to Denmark, one of the people from the hole, sent me the coordinates from Google Maps.

Google had documented the hole for me, before it got filled up.